Varkey Chacko and his wife, Ann, are one of the three founding families of the IPC Church Orlando, Florida

In 1984 he relocated from New York to Orlando as a result of corporate relocation of his employer. In 1987 as directed by the Lord, a small worship service was started in his house and come to be the IPC Church of Central Florida.

He started his career in business and finance and earned a Master of Business Administration (MBA) from Fordham University in New York. Recently he retired from the position of Senior Vice-President of Finance and Operations from Harcourt Education, a division of Reed-Elsevier, an Anglo-Dutch multinational publishing company.

At present along with performing consulting work in finance, Varkey is pusuing the Master in Theological Studies with the New Orleans Baptist Theological Seminary.

Varkey and Ann live in Orlando, Florida and have three children -Susan, Stephen and Elizabeth -and five grand children. 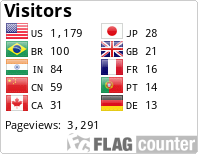